Shame is one level of consciousness noted by David R. Hawkins

In his book Power vs. Force: The Hidden Determinants of Human Behavior, David R. Hawkins offers numerous levels of consciousness, which arguably maintain a more specific and psychologically driven perspective of internal awareness than the modern views previously mentioned.  The features of each level are explicit enough that individuals can most likely place themselves in a stage depending on their perceived state.

The applicability of this tiered system can be generalized to rank objects, events, and entire societies rather than just individual people. Barrett hypothesizes that the average human being can fluctuate naturally between levels due to environmental effects, including media, people, places, material objects, food, and awareness of world events. Similarly, Richard Barrett proposes seven stages of consciousness that progress in a logical order. The progression focuses on “existential” needs directly connected to and dependent on the human condition, all of which are motivating factors for daily interactions.

a learning of Level of Consciousness 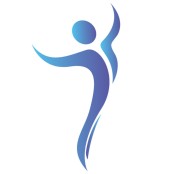